There are times when the weight of depression or the incessant drum of internal voices become so unbearable that it seems pointless to go on. What do you do when you feel like you can’t go on?

First, always know that the right choice is to keep living. Do whatever you have to in order to keep living. Some find strength in no-suicide contracts. One did help me.

This is my story of when things got so overwhelming that I almost gave up. It’s the day I wrote the rock-bottom poem, The End.

Hi, my name is Scott, and Speaking Bipolar is my story of living with both mental and chronic illness. This post is Part 7 in the series, Surviving Bipolar. Part 1 can be accessed here.

I am not a mental health professional and do not have any medical training. However, I do think that it’s essential to talk about mental illness, especially for men, since they are more likely to suffer in silence. I hope that this site and this series will help to get people talking.

This post is very dark. If you are struggling with thoughts of self-harm or suicide, it might be better for you to stop reading here. Instead, you may enjoy the positive post How To Succeed and Get Back on Your Feet: 15 Inspirational Quotes that offers motivation to get back up after you were knocked down by life.

Know, though, that if right now you feel like you need to give up, you can beat those thoughts. Life will get better again. Please seek appropriate help immediately. You can find crisis hotline information here.

As you will see, I survived my worst time and now live a relatively happy and productive life now. You can do the same.

In Part 6, I talked about the euphoria that lasted for some months while taking Prozac. Being manic can feel great, at least in the beginning. You have high energy and feel invincible. Nothing seems out of reach.

The negative side of the coin is that mania is almost always followed by depression. Even if depression doesn’t immediately follow, the euphoria invariably leads to Bipolar anger and irritability.

In true Bipolar fashion, when I was slipping to my lowest point, I decided I would self-medicate. My gut told me that my meds were making me high, so all I needed was something to bring me down.

Alcohol seemed like the best bet. It was a horrible mistake.

For many people, liquor helps them to relax. I dated a girl in my youth who would fall asleep after just half a wine cooler. Do they even make those anymore?

However, alcohol’s effect on me is the exact opposite. The more I drank, the more stimulated I felt. Sleep felt like even less of a necessity.

Alcohol also tricked me into believing that I felt better, so I found ways and times to drink more. I was in a deluded and painful death-spiral.

My life felt like I was swimming across the ocean. I knew there was no way to reach the other side, and the further I swam, the more I felt a darkness from below pulling me under the waves. That darkness inspired me to write the poem, The End.

It wasn’t long until I lost all grasp of reality. Everything that was happening around me felt like a dream, and I constantly struggled with what was real and what wasn’t.

This Is the End

At the worst point, I had gone two entire weeks without sleeping. I wish that were an exaggeration. My head hurt all the time, and my vision was always at least a little blurred.

In time, alcohol stopped helping. Desperate for relief, I decided the only solution was a final one.

I gathered all the pills in the house, my Prozac, migraine meds, acetaminophen, ibuprofen, and anything else that was in pill form. I dumped each bottle of pills out on my kitchen table, marveling for a moment at the variety of color and the chaos that perfectly reflected my brain. Yes, I had been drinking quite a bit by this point.

It felt like it was too early in the evening to end things. I don’t know why, but part of me believed that death should only come late at night. So I went to my bedroom, alcohol in hand, and called Margaret.

I didn’t intend to say goodbye and don’t really remember much of what I said. Margaret heard something, though, that scared her and immediately went into action.

“I Will Carry You Out”

The locked door to the mobile home I was living in flew open not much later. Margaret’s husband, let’s call him Patrick, came in like a Texas tornado.

Much of what followed is a blur made hazy by an unhealthy mind and too much alcohol. I know I yelled at Patrick and told him to leave. Seeing the pills scattered around on the table and floor, he refused to go anywhere without me. I was determined to stay and finish my plan.

“I will carry you out if I have to, but either way, you are coming with me,” Patrick told me. He’s a tall and strong man. I have no doubt he would have done so if needed. I have no doubt that his insistence saved my life.

In the time it had taken Patrick to come to my trailer and coerce me into his car, Margaret had ushered her small children to Penelope’s house so that they wouldn’t be exposed to any of what was about to happen.

The Monster Comes Out

Most of you reading this don’t know me. I’m generally a happy person and usually have a smile on my face. I try hard not to say mean or hateful things to anyone.

That night, though, the absolute worst of me came out. Margaret insisted it was time I get more intensive help. I, in turn, blasted her with every word-weapon I had, being sure to push every one of her buttons along the way.

In short order, Margaret, strong and independent she is, was reduced to tears and fled to her bedroom. I can still hear her cries as the worst of my verbal onslaught echoed in her ears.

Margaret, if you ever read this, please know that that night is one I will always regret. I will never forgive myself for how I acted and hurt you.

“You Don’t Seem That Bad”

Patrick stood for as much as he could stand. He understood mental illness and alcohol abuse and so tried to give me as much latitude as possible. Being unable to console his wife, though, had pushed him too far and most of his patience went out the window.

Moments later, the three of us were in the emergency room. Margaret was still crying but doing her best to pull herself back together.

The doctor came in at one point, partners with the evil woman, Dr. Despicable, that had prescribed the Prozac and then refused to listen when I told her it wasn’t working.

After a few minutes of conversation, he told me, “You don’t seem that bad.”

The doctor was then called out of the room on another matter. Patrick and Margaret were exhausted, but the night was far from over.

Those words, “You don’t seem that bad,” took any hope I had of things improving away from me. I begin rummaging through the cabinets in the room we were waiting in desperate to find something to either drink or hurt myself with in another way.

Whether it was Patrick or Margaret, I’m not sure, but it wasn’t long later when the doctor was convinced I needed inpatient care. I was angry and hurt and humiliated, but threatened with a police escort, I went along with the new plan.

Being in the hospital was unlike anything I had ever expected. Let’s just say that what is depicted in movies and TV shows is not an accurate portrayal or what inpatient care is really like. I’ll share what happened the rest of that night and in the days to follow in the next post. 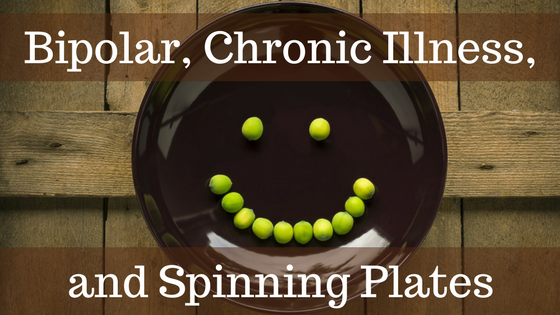 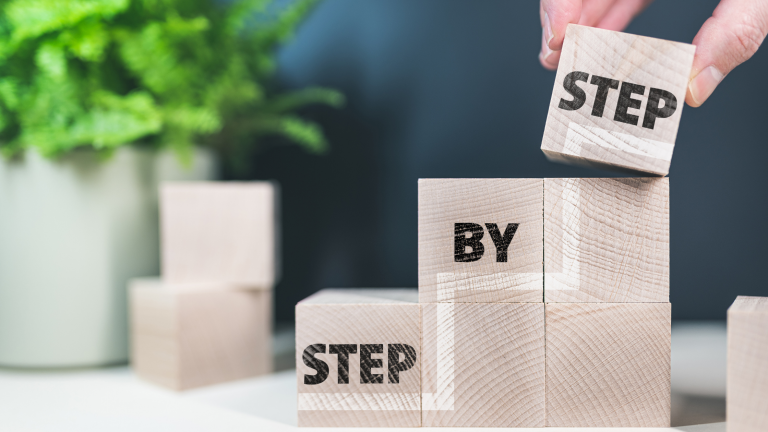 Wondering what to do when you’re diagnosed with bipolar? The three steps you need to take to accept your bipolar diagnosis so you can continue to thrive. | #bipolar #bipolarstrong #mentalillness #mentalheathawareness #mentalhealthmatters 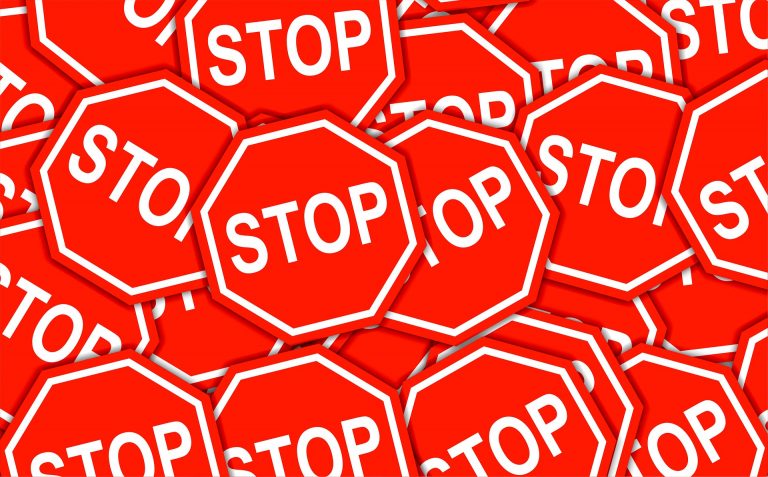 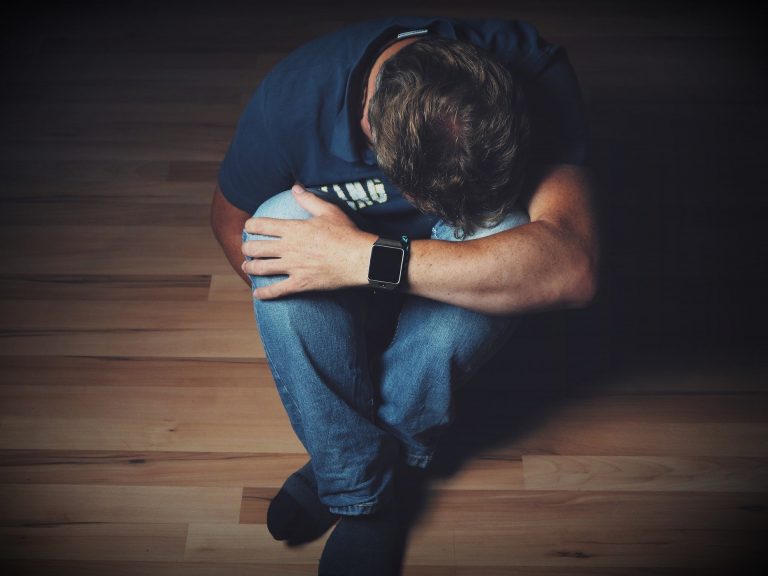 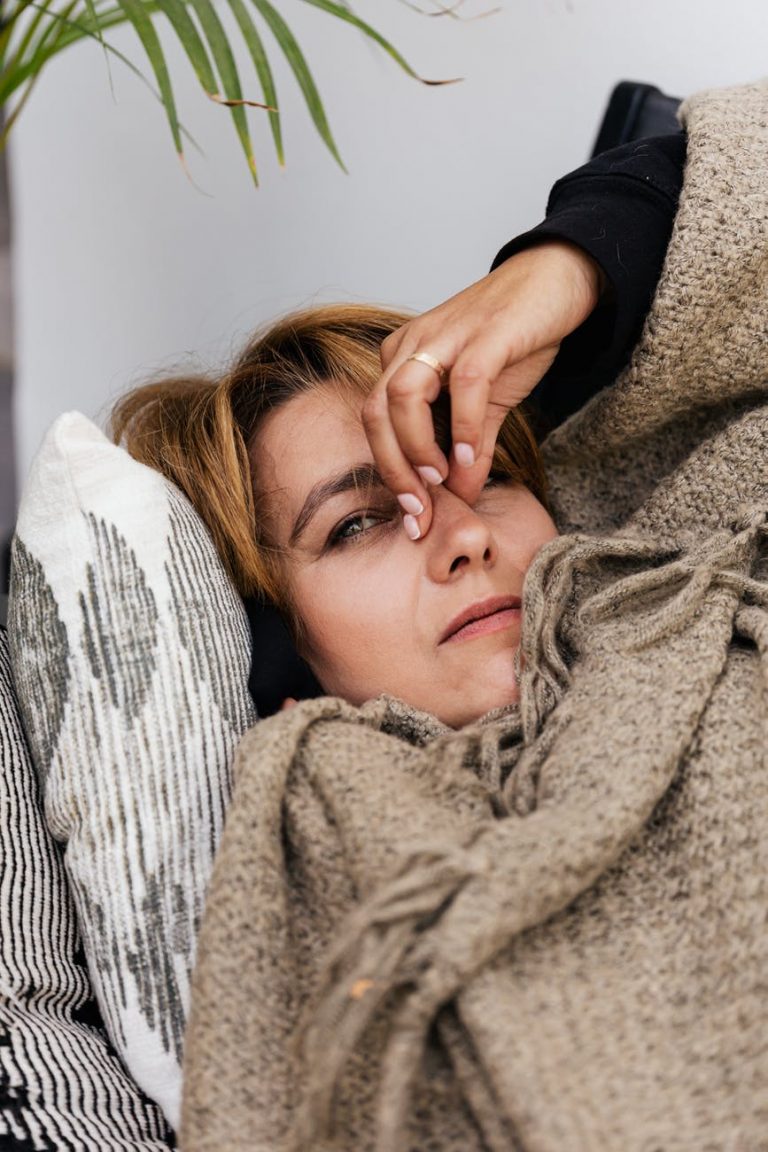 Living every day with a chronic illness is not for wimps. This is a true statement whether the illness is mental or physical. An insidious evil… 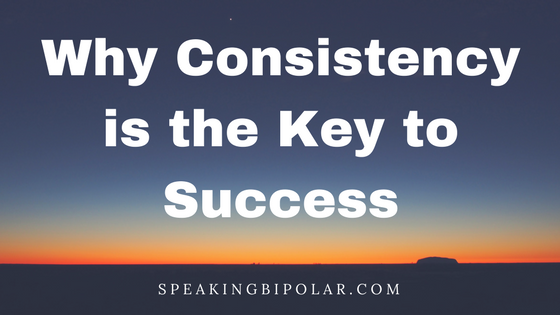